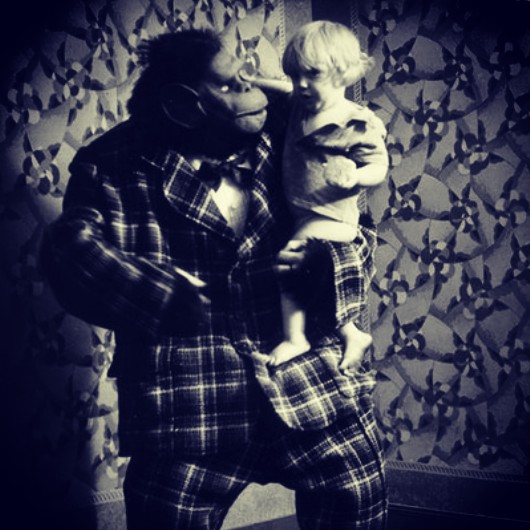 This band were the first big US band my buddies and I got in on from day one. We saw them play their first UK festival shows while we were still in school. We awaited the release of the first album and we saw them on support slots every time they came back over.

They opened for Bon Jovi at Milton Keynes in ’89. They were between Nine Inch Nails and Guns N’ Roses on the pre release of Use Your Illusion, European Tour of 1991. They did a whole jaunt with Aerosmith, and were main stage special guests for Iron Maiden at Castle Donington in 1992.

The first record was a lot of fun in a street punks play hair metal kind of way. Not as musically accomplished or varied as GNR’s debut, but big on poppy choruses and flaired solos. They beefed up their sound for album number two; Slave To The Grind. A snotty punchy metal album with sweary anthems and a couple of massive ballads.

Monkey Business was their hot new single in the summer of 1991 when they took on the support slot for Guns N’ Roses at Wembley Stadium. It reminds me of that time so very vividly. The sunburned shoulders of tens of thousands of fans packed onto the pitch as Skid Row filled in for the fact Axl and Company would be hours late to the stage by playing everything a band with only two albums could.

By the November of that year they were the headline act at the Docklands Arena in London on the Oh! Say Can You Scream? tour. They had Love/Hate and LA Guns opening for them.

This song captured the spirit of the whole era. Still a bit glam, but rough and rowdy and ready to take on the changes about to happen to the rock world.