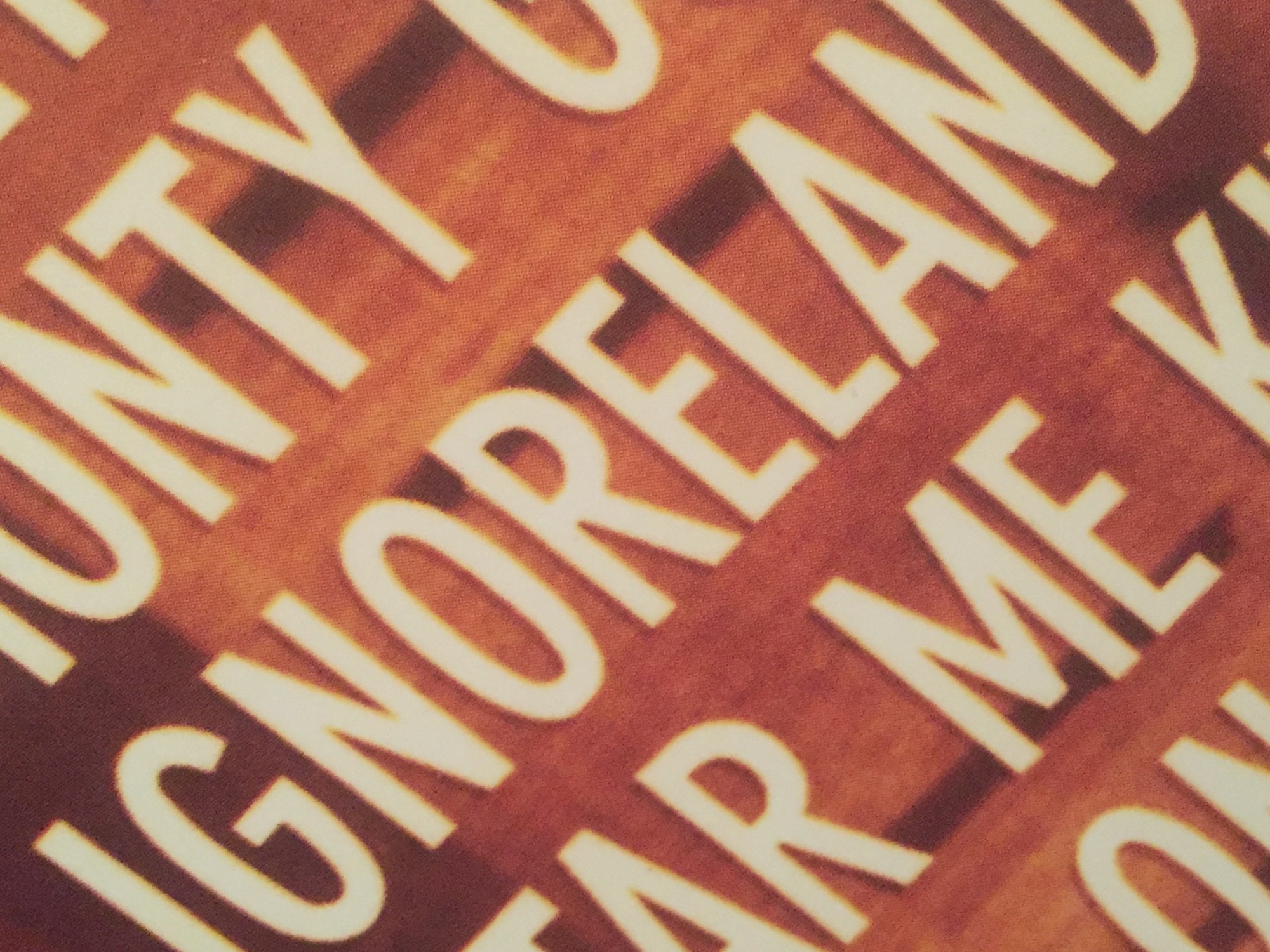 One of R.E.M’s most ferocious recordings came slap bang in the middle of one of their biggest commercial successes. For me Ignoreland is the centrepiece of Automatic For The People. Sandwiched between the eerie retro instrumental Monty Got A Raw Deal and the coy Star Me Kitten it sounds like a barnstormer of frustrated indignation.

Stipe’s vocal seems to be sung down an ancient telephone wire or at times through a bullhorn. The seething tone of the music isn’t overtly heavy or fast but it does throb with an impatience. Stipe starts melodically enough for just one line

“Bastards stole their power from the victims of the Us v Them years, wrecking all things virtuous and true”

Then a semi rap momentum takes over which builds from

All within the space of the first verse. R.E.M made intelligent emotionally charged rock which thought about the sonic landscape it populated and left room for melody, flavour, history and feelings. Ignoreland is R.E.M with red cheeks and furrowed brows. They seldom made big rock shapes in the AFTP era. That would change with follow up album Monster. The band would morph over time. Always worthy of hearing but never again exactly the delicate storm of the IRS years.

This was the last time they took up an impassioned oppositional stance without hectoring. This was the same R.E.M that made Murmur, still visible at the same time they made The Sidewinder Sleeps Tonight. Famous but still in touch with their original vision.

It was to be a last glimpse before megastardom changed them into something easier to understand and less mercurial. Or as Michael himself puts it.

“The information nation took their clues from all the sound-bite gluttons, 1980, eighty four, eighty eight, ninety two too, too How to be what you can be, jump jam junking your energies”

This album is part of me.

One thought on “Ignoreland – R.E.M”