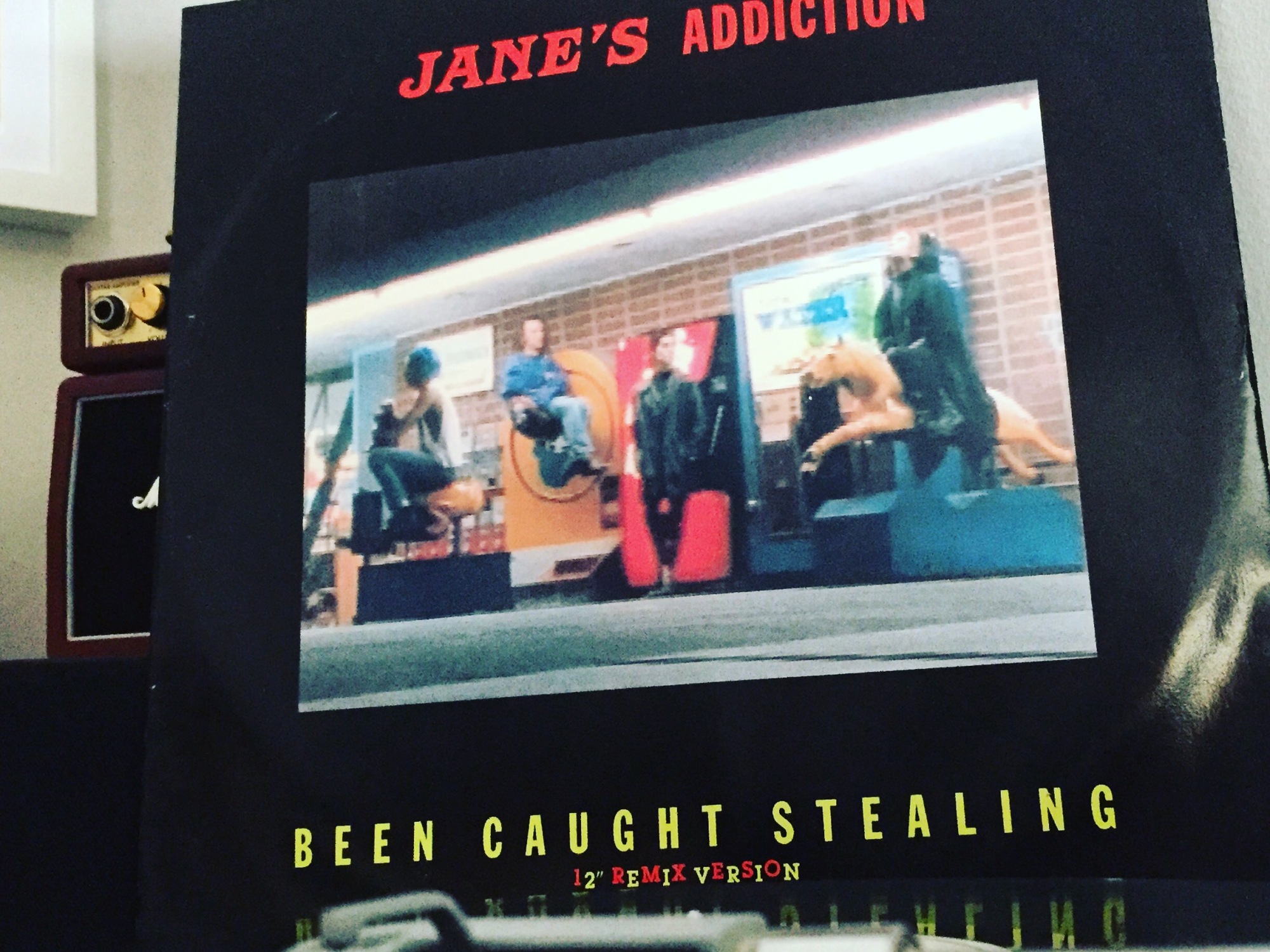 Another band conspicuous by their absence on SteveForTheDeaf. The alternative rock titans that were a true alternative to the muscle-bound big budget options. The other JA from yesterday (Jefferson Airplane you can put your feet up now, the other guys are here) Jane’s Addiction.

It’s probably a bit too obvious to go for Been Caught Stealing. But at this stage I don’t care anymore. This is one of the greatest dance floor smash hit singles of the whole alternative rock world. This was cool the minute it dropped and it will still be cool in 100 years from now. This band were so amazing.

That open note followed by barking dogs was a clarion call to freak out on the dance floor in 1990. When I finally got to see the video for the first time it blew my mind (we didn’t have MTV at home in 1990 so I saw it at a school friends house). This was real dangerous rock and roll. It didn’t conform to any one thing (or two, or three things). It did its own dirty, funny, funky things it’s own way. When I got my 12″ single home I was almost as confused by the B-Side (A Reggae Remix of the A-Side) as I was delighted.

The debut studio album came out in ’88 a year after the live self titled album released on an indie label and recorded at The Roxy. Many of those classic tracks such as Pigs In Zen, Ocean Size, Mountain Song and the junkie anthem Jane Says lay out in the atmosphere as deep cuts for the newly revealed band to show their new clamoring fans. Already available in more than one arrangement.

Their’s was a slight body of work that totaled two live releases and two studio LP’s by the end of the 90’s. And yet the bands impact far outweighed their commercial status. Their reputation was dependent on the live experience. Experimental, unpredictable, danceable and augmented with freak shows and burlesque dancers they were always an unforgettable event of a show.

Perry Farrell had more financial success launching the Lollapalooza festival and playing with his next band Porno For Pyros than he did with most of Jane’s output. Dave Navarro became (or revealed he always was) a hair metal cliché with painted on Abs and tats that matched his starlet wife. He went to hang with Slash and Lemmy and the Sunset Strip crowd also crossing over to play with Red Hot Chili Peppers when required. For the JA reunion and the Kettle Bell era he bought that most famous slap bass player back through the portal with him to meet his original musical family.

I got to see them again recently headlining a festivals second stage in pouring rain. They still stole the show. With a song book this good and all the knowledge about shows in fields in a front man like Perry how could they not?

This song though. It’s incredible.

Oh and for the record. The comeback single was just as incredible. Imagine a band being split up for all that time and people doubting if the magic can be still be conjured up… And you’re coming back with this…