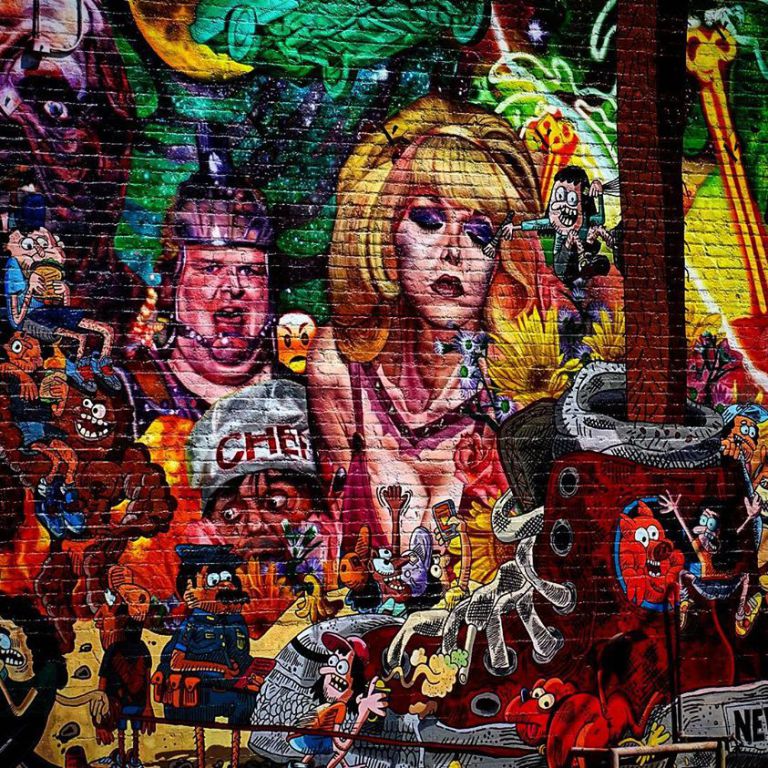 In yesterdays post I mentioned a common DNA strand that ties 60’s Garage rock, The Cramps and classic Soul to The Stranglers. When carbon dating the relics on Peaches : The Best of The Stranglers, this particular strain of the boogie woogie fever can be most virulent in the organs. If you know the opening organ parps that DooDoodleOhh Woo Woo Woo! into 96 Tears, it’s quite possible you’re a natural inhabitant of The Naughty List. This song in certain circles is ‘where it’s at’.

96 Tears has a wonderful decadence to it whomever is performing it. However, the most notable version from my vantage point after ? (Question Mark) and The Mysterians is The Stranglers. They had a hit with it in my own time line. While not exactly an obscurity (it was a Billboard hot 100 number 1 in 1966) the original has been accredited to a bonafide one hit wonder. The original band had so many enticing key ingredients for Kitsch obsessed creep-o-philes like The B-52’s and The Modern Lovers (they really need more SFTD focus one day) what with their obsessions with Japanese Science Fiction Movies (that’s where the name comes from) and that drunken stagger of a melody, melded to a sound that is now widely recognised as a necessary step to get to full blown punk.

It is also scientifically proven by the same DNA splicers who have brought us this Rock and Roll Archaeology Lab Report, that 96 Tears is impossible not to dance to. Look, you can’t deny the facts. It’s written right here.

To call ? And The Mysterians one hit wonders sells them a little short. They had a hit album (also titled 96 Tears) that did have two other singles on it. You can hear Can’t Get Enough Of You Baby and I Need Someone and it is possible to enjoy them. However, the thing you hear loudest is how both of them are so totally not 96 Tears. Their original hit did such international business they also recorded a Spanish version of the track. Now, what the ever loving freak is going on in the Spanish Language video with those Barbie and Ken Dolls is none of my business but in sharing it I am making it everyone else’s problem.

Aretha recorded 96 Tears. Let that sink in. Primal Scream covered in on the B-Side to Kowalski. Suicide included it in their live set. X referenced it in the lyrics to Johnny Hit And Run Pauline. The Cramps paid their dues in the lyrics to Human Fly. Thelma Huston took it to the dance charts in the 80’s. Eddie and the Hotrods and Inspiral Carpets took their cue from The Stranglers and laid down versions around the same time (in point of fact I think the Carpets beat The Stranglers to it). It’s a touchstone record. For sure. And the touch is magic.