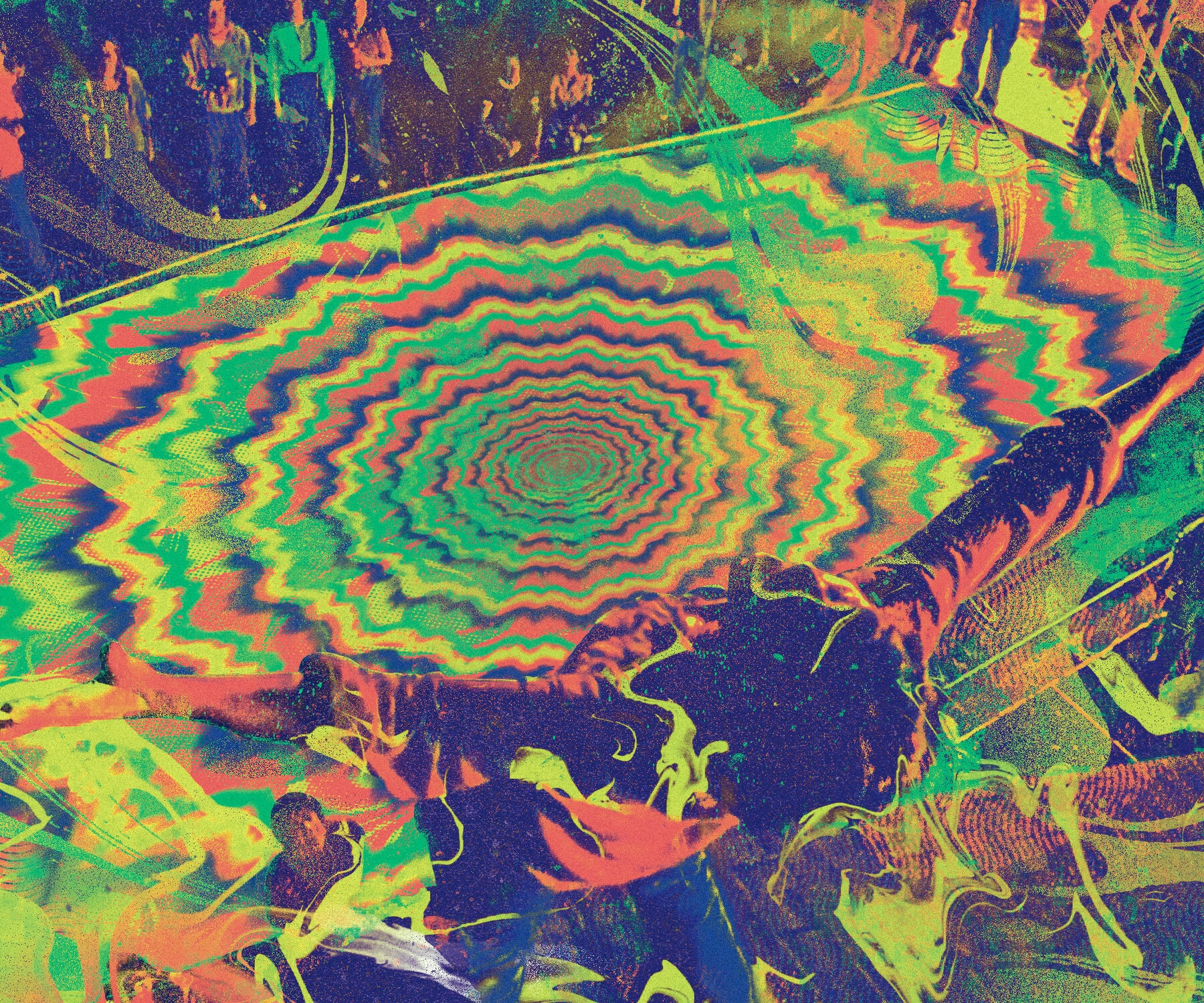 How long has it been since we last had a theme week? Like 6-7 days? We’re directionless here. Rudderless. OK this one I have been hinting at for ages. Given the 20th anniversary of the film that spawned the band that never really were but are somehow legendary for their Incendiary guitar work I think it is finally time. Finally time for Imaginary Bands Week.

Yes we’re going deep deep deep into Wyld Stallyns and Gem And The Holograms territory by posting seven songs by seven bands who never even existed except for in films, TV-Shows, Cartoons or the minds of the authors of stories. It’ll be like a chart rundown in a universe that never was. We’re starting with the Golden Gods of the genre. From Cameron Crowe’s Almost Famous (how is that 20 years old? How is Kate Hudson 40?)

Crowe has previous in this arena. He invented bands to play alongside Soundgarden and Alice In Chains in his 90’s grunge rom-com Singles. That time he just let Matt Dillon front Pearl Jam and called them Citizen Dick. This time he got a band of actors together and taught them to become a rock band. A 70’s rock band at that. A band who would tour on a greyhound bus, fall out of the sky in a twin prop airplane, get electrocuted on stage and leap from a rooftop into a pool while high as a frikkin’ kite in the name of Rock and Roll.

Billy Cruddup and Jason Lee front the band while Sun Kil Moon’s Mark Kozeleke plays bass and John Fedevich slays on drums. The Band-Aids played by **Zooey Deschantel**, Anna Paquin and Fairuza Balk turn the heads of every man with a triple A pass (except Red-Dog, he’s too chill). It’s a charming tale of sex, drugs and rock and roll. Sweeter than you might remember.

Fever Dog is a mix of Led Zeppelin drums and Sabbath power drops. For 20 years I’ve had that melody rattling around up there in the noggin whenever one of our pooches is running a fever or whisking me away to the vets to empty my wallet. “Fever Dog, Scratching at My Back Doooooor”. The reverb on the vocal and the hysteria of the crowd is utterly convincing. I’d buy a Stillwater record. I wish I could buy a Stillwater record. Well.. Kinda… Now you can. The expanded version of the soundtrack album released for the anniversary shenanigans features more Stillwater than ever. It also features every other song in the movie even if it only appears for a bar or so. It’s safe to say there’s too much there to focus on while we’re in the realms of the imaginary. So Tiny Dancer will have to wait.

Stillwater in CC’s mind are an amalgam of the bands he toured with when he was the young writer on the road with the big boys in his early days. They’re a bit of The Allman Brothers Band, a smidge of Skynyrd, a bite of Humble Pie, a dash of The Eagles and a wad of Led Zep. However there’s a real real real southern rock band who go (or went) by the same name. Stillwater (for real water) put out a couple of records between 1973 & 1978. They do not have a song called Fever Dog however. Nor did they appear on the cover of Rolling Stone. They did reform in the late 90’s for a third album. Still predating this movie and the blatant steal of their name.

**Editorial correction. Dan from Critical Popcorn has just dropped in to see what condition my condition was in and corrected a most heinous inaccuracy. Zooey didn’t play a Band-Aid. She was Will’s big sister. Check out the comments section below to see me get schooled by the master**