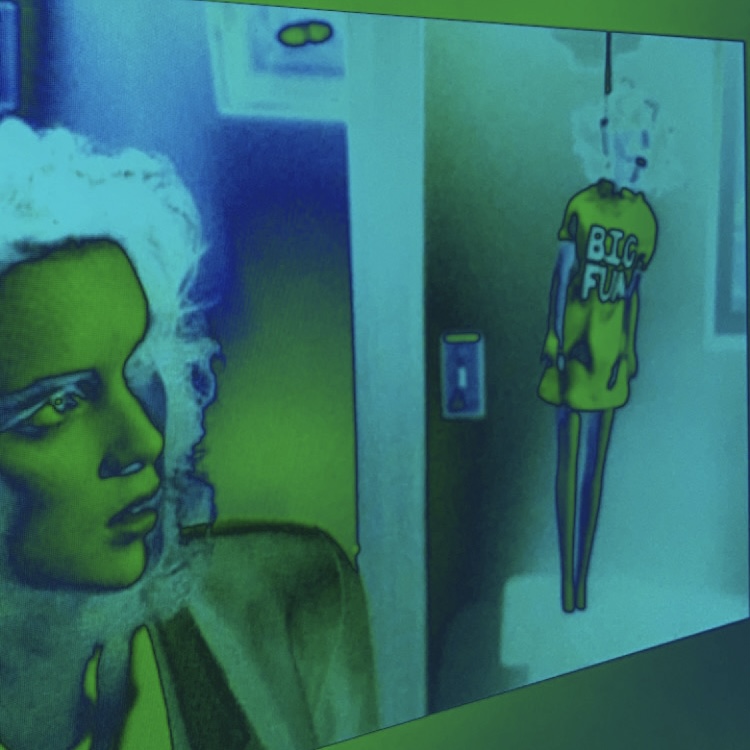 Heathers might be the best teen movie of the 1980’s. It’s got everything. Winona Ryder appearing to still be in character from Beetlejuice, Christian Slater auditioning for any part that requires a young Jack Nicholson before pumping up the alternative jams in 1990 as a college pirate radio DJ in errr… Pump Up The Volume. The screenplay drips with tar black comedy, Music wise you’ve got Sly Stone doing Doris Day over the end credits, a weird electronic score and a would be issues based awareness record by a fictional band Called Big Fun. All this post modern, nose thumbing wink and nudge stuff was brought to you (us, me?) by a cult director Michael Lehmann. He launched his directorial career after working for Coppola at American Zoetrope. He brought to the world the “Lemmy Is God” meme via fictional metal band The Lone Rangers (stay tuned for more Lemmy//soundtrack action in the coming weeks). Stars of his late 80’s comedy Airheads (with Steve Buscemi, Adam Sandler and Brendan Frasier in the band) will recall the hi jinx. They were most high and rather jinxed.

The plot for Heathers shows the nasty side of high school cliques and how to deal with bullies forever (like, forever ever). As the body count rises the dark laughs mount too. The pious, tone deaf townsfolk miss every clue and every cue as JD and Veronica work their way through the Heathers and confuse the Status Quo (not the band, they’re not in it).

Now I’ll make a concession on this post that isn’t true of the other songs by other imaginary bands chosen this week. This song’s a turd. A complete turkey. It’s deliberately awful. Mocking the sort of mass produced committee written chart chasing crap that gets foisted upon the youth by suits, adults and state approved media. That band in the early episodes of The Simpsons called Hooray For Everything who kept appearing just chanting “Dancin’, Dancin’, Dancin’!” That’s what Big Fun represent in the Heathers World. I grew up in the 80’s I can spot this shit a mile off.

In point of fact there was a real 80’s UK boyband called Big Fun who did some chart action in the UK in the 80’s. They were even worse than the imaginary Big Fun. This anodyne glut of three or four British GAP models who could just about hold a tune and smile at the camera to order while wearing khaki’s and bomber jackets we’re the type of non-music that comes in the wake of a genuine pop sensation to cash in quick. They were the Bros understudies. Who in turn were the English NKOTB. The Marky Mark and The Funky Bunch of the Smash Hits scene. They made Danni Minogue look like a towering genius by proxy. Let us never speak of it again.

The film was considered a flop upon release but it has gone on to be held up as a cult classic. It’s inspired a stage show musical spin off, a TV series spin off and many a rock and roll band too. The unique slang used by the kids at Westerberg (honk) High School such as “What’s your damage?” has gone on to supply punk rockers and rappers with song titles since before Fall Out Boy saw a single episode of The Simpsons. Boneyard took “Fuck Me Gently, With A Chainsaw” for a whirl while Whales have wandered into the wrong theme week with the charming “Megabitch” as inspiration.

Heathers is a very rock and roll film. Revenge on bullies is a delicious topic for those who spent their formative years on the fringes (or are we now calling them bangs?). I think that’s why it’s such a hit with the subculture types. Big Fun suck. But not as much as in real life.