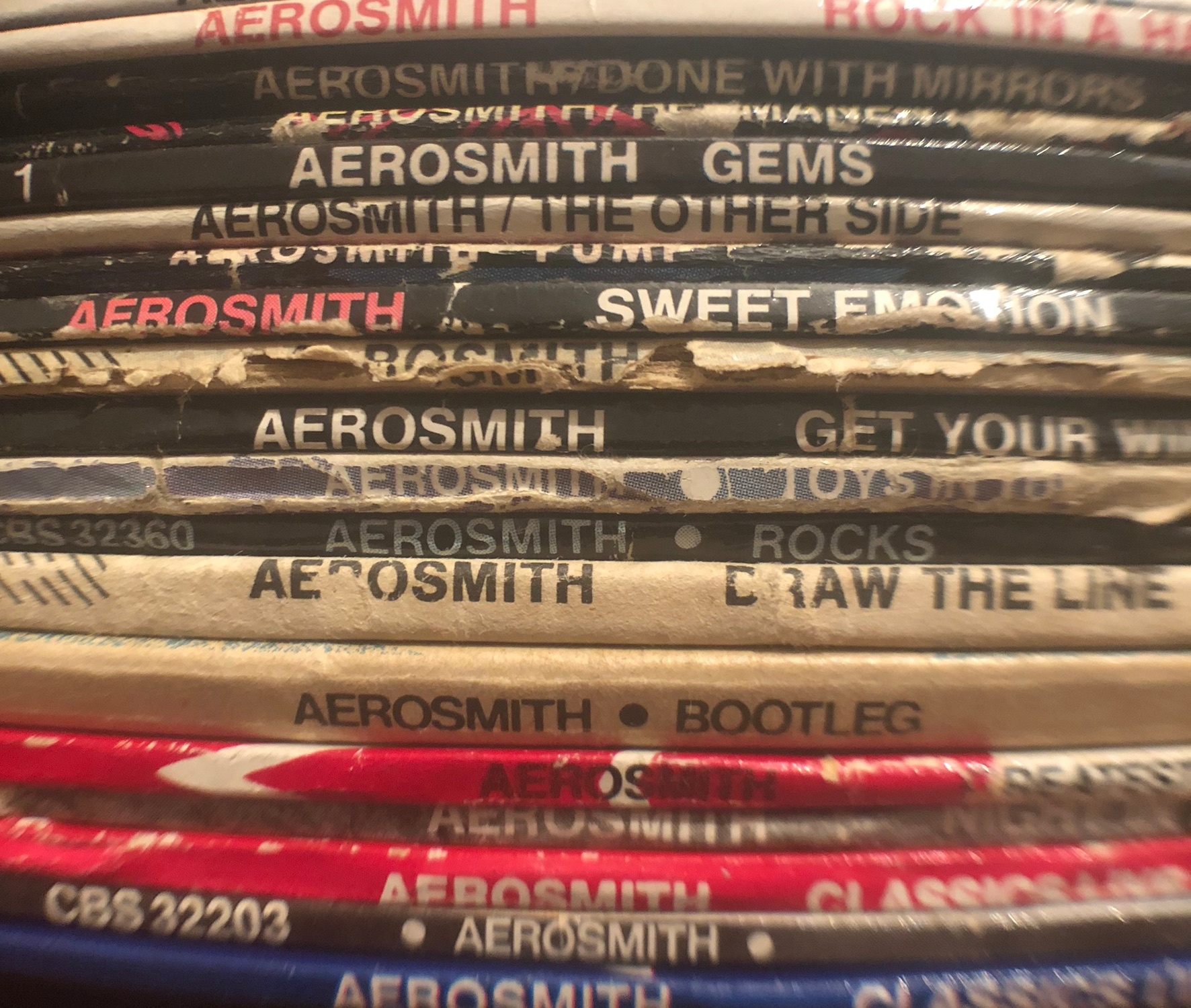 There was supposed to be an Aerosmith Week. I was supposed to go deep on all the times I saw them live. All the obscure stuff they did on their album tracks with percussion and weird folky instruments. All the deep bluesy grooves that get forgotten because of MTV and drug addiction. I was going to make a case for them being victims of their own success when it comes to their own reputation.

A complex and inventive band of musos who played amazing sets of deeply textured rock and roll live for fans of the long haul rock and roll experience. A band who will unfortunately be remembered for rampant commercialism and Starlets in their videos when they should be remembered for Three Mile Smile, Hangman Jury, launching the MTV Unplugged phenomenon, keeping an original line up together for over 40 years and selling 7 million copies of a record that featured dulcimers and flutes and swamp jug jams between its heavy metal anthems.

Instead I ran out of time. The band I loved will be archived on SFTD for the excellent One Way Street and it’s down home shuffle and the overblown cock rock balladry of Angel and to complete their trilogy… I’m going with this.

Sweet Emotion. The greatest heavy rock song of the 1970’s. Yep. I’m going all in on this one. Sweet Emotion does lots of things imperiously well. It opens with a low slung groove that makes girls do that thing with their hips. It demonstrates the correct restraint a powerhouse band should perform a slow build with and you can get a tiny bit of a hit from all the studio narcotics between the grooves of the whined Sweeeeeet Emooooootion’s. Those things are all good and great and unique. We also have to discuss Joe Perry’s uncaged Cougar of a guitar on the prowl.

That’s all in the first minute of the song. Originally on Toys in the Attic this track is ‘gutter punk to golden god’ era Aerosmith right on the cusp of going stratospheric.

That album also features their life raft for the 80’s Walk This Way, the filthy jazz blues (sub) standard Big Ten Inch Record, the chaotic Adams Apple and the apocalyptic Round And Round. It’s a killer album. A stone cold killer. Only bettered by the following years Rocks.

When you look at the bands filed alongside Aerosmith like Bon Jovi, Def Leppard, Whitesnake, Poison. None of them could make a record as devastating as Toys In The Attic or Rocks. Maybe GNR did it with Appetite. Maybe Fleetwood Mac matched the grooves on Rumours. Ratt, Foghat, LA Guns? Forgeddaboutit!

The lavicious, predatory and (in hindsight) pretty tasteless nature of that era’s rock tropes were looking pretty creaky by the mid-nineties. When Sweet Emotion was given another bite at the cherry as the lead track from the Pandora’s Box retrospective it was retrofitted with a comedy titillation via phone sex video. Something that would have made no sense in 1975 and is rendered redundant again in 2019. For a window of time though, this was retro cool and the gold standard of dirty rock and roll.

Cross cut with the band playing a basement show the glossy MTV wank fantasy got in the way of some of the songs more sinewy charm but there’s no denying that guitar break down at the end.

I’m a big fan of guitar solos that really do something for the song. Perry takes Sweet Emotion home with a staggeringly good solo (one to rival all his best work, Amazing, Mama Kin, Train Kept A Rollin’) and the song does something so mischievous it’s almost unforgivable.

It fades him out mid flight. As the volume creeps down on Perry’s amazing pyrotechnics I’m still left hollering at the turntable/speakers/radio/whatever.

I like to think there’s a reel of tape somewhere with another couple of minutes of that fantastic noodle soup. Leave them wanting more. Not a bad strategy is it?